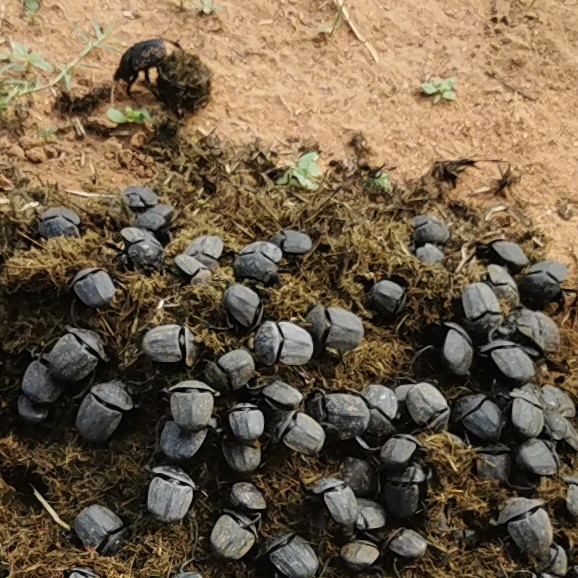 Most main-line religious people would not entertain such silliness. It’s simply not possible that everyone is right. The very concept of truth requires that there is something that is true and something that is not. Two contradictory claims simply cannot both be true – and most assuredly not nine billion of them! Yet at a smaller scale this way of thinking has haunted God’s people since the Fall itself. The slinky serpent who surreptitiously slithered into the silent shadows of Eden, skilfully suggested to Eve that all was not as it seemed: “Has God really said…?” Thus came the first lie, packaged as a half-truth, and wrapped in a fruit-basket.

From that moment on, men, women, and children, have continued to interpret God’s world without God’s word, or worse, with only their own self-pleasing version of God’s word. When hapless Aaron crafted the golden calf for the murmuring Israelites (Exodus 32) , all he was trying to do was keep the peace, to keep God’s people together, to stay on the mission. How bad could it be to make an image? At least they would still call it “Yahweh” and worship it as if it was the God who brought them out of Egypt.

When the prophets of Jeremiah’s day wilfully denied the pending doom of Jerusalem, choosing instead to proclaim “Peace” in the midst of social and moral chaos (Jeremiah 6:14), all they were trying to do was calm the people down (and probably also keep their own heads). How bad could it be to speak on God’s behalf the words God’s people wanted to hear? At least the people would be happy.

We can multiply examples from history, but the problem is closer to home than we might want to admit. A new curiosity has appeared. (Of course, it’s not really new, because, as Solomon said, “There is nothing new under the sun”, and off-centre teachings certainly are never altogether original.) Among the people who claim the Name of Christ is a new generation of Progressive Christians, a growing number of discontented Evangelicals starting a revolution (actually, they’re continuing an ancient one, which would be obvious to anyone who would care to study Church history) because the Evangelical Church is “not working for them”. By this they mean that an organisation that claims to follow Christ and claims that the Bible is true and infallible no longer suits their passions.

Before we dismiss this movement out of hand we ought to listen to their concerns. The Church of the 20th century has been at best inconsistent in applying Biblical discipline. Surely we have elevated some people’s sins and reduced others’ because it’s easier to exclude the homosexual who wants to join the church and ignore the adulterous elder who is already deeply embedded inside it. Surely we have been overly aggressive in pointing out our cross-denominational differences and struggled to embrace the One Faith and One Gospel. Having these sinful errors pointed out to us is never fun, but we must hear and repent.

However, the Progressive’s concerns are not merely taking a stand for the Gospel to be lived out by the Church. Rather, they find that it is no longer convenient to hold to any truth-claims that may be offensive to sinners, for truth is a malleable entity that must be formed around the comforts lost souls. It is no longer appropriate to believe that God can both speak clearly and be understood by people. In fact, in this system, He is either powerless to overcome the frailties of the fallen human intellect or simply has no interest in doing so.

Such a “god” does not really care about character, morality, or ethics, but his (or her – we can’t tell what gender pronouns this god prefers because we don’t have reliable record of them ever speaking) only goal is the felt-happiness of people that they may or may not have created.

A dividing line traverses the Church. On the one side are those who, at least publicly, hold to the Bible as an infallible record of God’s own words, spoken through the mouths and pens of men, powerfully overcoming, at times even working through, their weaknesses to deposit His truth in written form. His words are for the comfort and restoration of His people – to rescue them out of their vile sins, and for the rebuke of sinners who insist on exchanging the truth of God for smooth-sounding lies. In His Word this God makes earth-shattering claims about Himself, about the origin of the Universe and Man, about Man’s true nature, and about the only Way of Salvation in Jesus Christ. Those who hold to this view recognise that they will at times fallibly misinterpret and wrongly apply God’s infallible Word. The beaches of history are littered with the shipwrecks of false faith. Yet, because God has spoken, His truth can be known. Because Christ has generously poured out His Spirit on His church, there is a sure hope that the truth will be preserved for the salvation of this and future generations.

On the other side are the “deconstructionists”, who see the Scriptures as nothing more than mortal man’s record of his own thoughts about a vaguely interested, but generally acquiescent, god. There is no reliable word of truth, and ultimately all truth-claims are valid as long as they don’t offend the majority view of “good”. Just what that view is, and where it’s boundaries lie, no one can reliably say (for to do so would be to make an exclusive truth-claim), but one can readily find a boundary by accidentally (and, usually, publicly) crossing it. In such cases the mass of progressive followers of an impotent christ will dutifully point out where one has erred.

Dear Christian friend, do you see the dividing line? On which side will you post your flag?